Hello PR people. You are now deep into a quarantine. You can no
longer go to an office and look busy. You can no longer.

Your lives have changed a lot – mine has not. You were born to
go to offices and talk about television shows that everybody else
is watching. You were built to make phone calls where your manager
could see, and nod as you as a reporter says “please don’t call
me.” You do not know how to do social media other than #using
#hashtags, but you do know how to be a bright and breezy person
that people think “is really nice.” You know how to do an
agenda. You know how to seem, at a glance, like the busiest person
alive.

But now you’re digital. Everything you do has to be something
someone can actually look at. The amount of time something takes is
no longer balanced against how much consternation you have. You can
no longer tut at someone for leaving at 6pm, and stay until 9pm
doing something and get told you’re working hard.

You forgot to go digital. You didn’t think you should actually
learn to function as a normal human on Twitter. You created a
generic persona that you thought was pleasant – an undefined
person #who #uses #hashtags. Now you’re defined only by words. By
posts.

You never really learned how to be a normal human online. You
never adapted to being a normal person – or an interesting one-
in real life, but that’s never been an issue. But when you’re a
gestalt of your posts, being a boring automaton isn’t gonna work
out well.

You are just learning to post.  My friend, I have been posting
my entire life. You posted carefully like you were dipping your toe
in the water. I have been online this entire time, waiting for the
day that a great equalisation would force you online. You cannot
escape.

Welcome to my nightmare.

You see, this entire time – your entire career – you’ve
leaned upon people remembering you as nice, or “strategic,” or
other vague terms. You could say things like “our team got”
when you mean someone else did work that you took credit for. Your
approach to media relations – bolstered by
years of

the PR industry trying to tell you it’s okay to not be able
to make relationships with reporters – has been mostly glancing,
sterile and faked – a patchwork of communication that still
worked because you had all these other things to point to.

You are now sat at a computer, at home, without the ability to
look busy by taking phone calls all day, or typing very loudly, or
looking at documents with deep consternation. If you’re a
manager, you can no longer stroll over to your underlings and ask
them the status on something – nobody sees you doing it, thus
you’re not managing. Suddenly you’re going to be reduced to a
sum of actual work you’ve actually done, such as documents, or
emails sent. And guess what? Clients are gonna notice too. You
can’t set that all-hands in-person meeting to salvage a client
with a deck of stuff that you and I both know isn’t actually
impressive, but god damn are you passionate, and god damn will the
client understand when they see you do an approximation of Donald
Draper. Except they won’t. You’re staying home. You’re
reduced to a voice.

A voice without definition. A generic, bright, breezy voice with
professional language, stuff that sounded great and got you high
grades in college but on its own, without human contact, is boring
as shit. You’ve buffed off any actual personality that may be out
of the norm, hoping desperately to fit in with your industry or
your colleagues or your clients. You have been led to believe that
the right thing in a crowd of people that all look and sound the
same is to look and sound exactly like that.

Me? I spent the last 23 years online. I’ve been working on how
to not be boring in text form for a long time, and I have never had
the ability or luxury of being able to fit in. When I started in
PR, I didn’t want to call people, I didn’t want to talk to my
colleagues, I didn’t want to email 500 words to people – I
wanted to die! And so I chose the lifelines I had – talking to
reporters in general because my industry was so insufferable. I
spent years online talking to them, growing a following and never
being afraid to be me, which means that reporters actually know me,
and speak to me online.

Sure, I ignored going to events because I never saw the point at
them, sure, I didn’t go to PRSA events, sure, I didn’t go out
of the house that much at all, seeing more of a point in growing an
actual digital presence that resembled me.

And now look at you. You’re lost. You’re afraid. You are
scared. You are still saying that media relations doesn’t
work.

You Can Become The Joker

The reason that I succeed despite my many faults is because I am
able to communicate cleanly in the written form. It’s time for
you to throw off the shackles of the PR industry – it’s time
for you to, as the Joker once said, introduce a little anarchy.
upset the established order, and everything [will] become chaos.
And, yes, I’m an agent of chaos. It’s time for you to realize
that all of the things the PRSA and your agency CEOs told you are
lies, lies to keep their jobs and keep you down.

You can do this entire job without being in an office, and you
can excel at it if you learn to be an actual human.

If you don’t, this COVID-19 situation, and any future
emergencies, are going to steamroll you and your agency.
Your ass will be grass. The world does not need bright and breezy.
It does not need nice. It needs communicators. It needs posters. It
needs Jokers.

So say it with me: 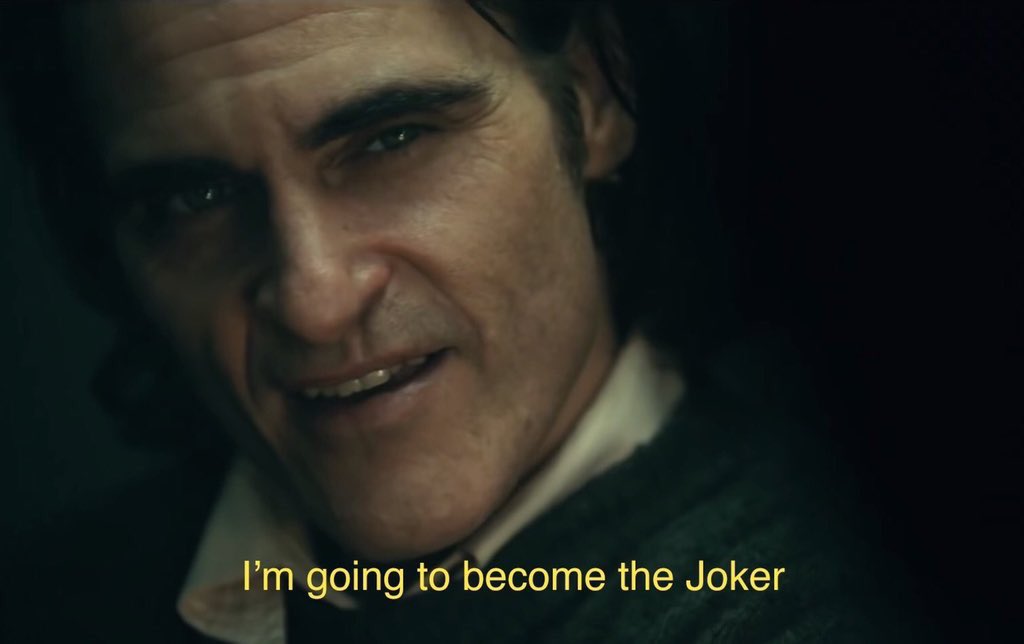 The post
PR People: It Is Time To Become The Joker appeared first on
The Future Buzz.