Porsche Taylor’s first time riding a motorcycle alone could
have gone better. “That first ride, I had absolutely nothing on
right: My helmet was too big, I didn’t own a jacket. I might have
had on some baseball gloves; everything was just totally
upside-down wrong,” she says. “But I wasn’t afraid, it was
exhilarating. It was trying something new, being in control. It was
that initial feeling of the freedom of the wind.”

Porsche was one of the participants in the Women Riders World Relay,
a relay ride that spanned the globe, beginning in February 2019 in
Scotland and ending February 2020 in London. WRWR organizers used Google
products like Maps, Sheets and Translate to make sure riders
not only had constant, up-to-date access to their routes, but also
were able to explore and connect with one another along the
way. 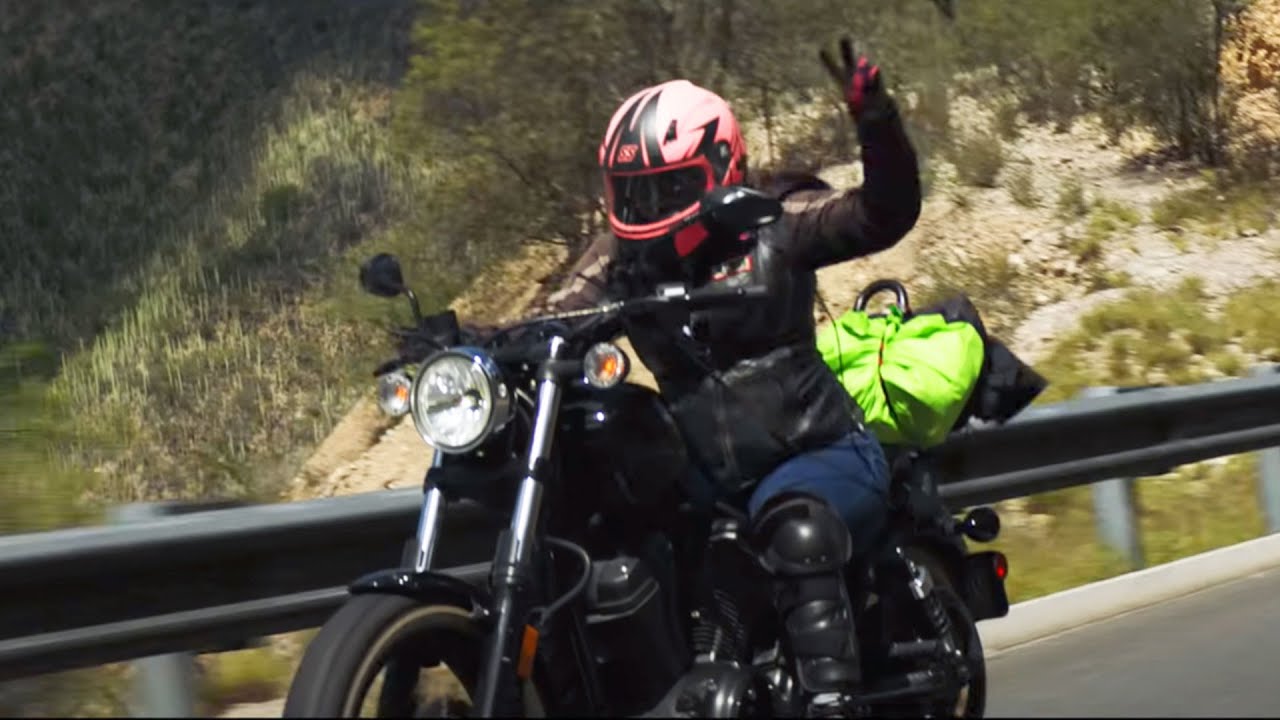 “The whole team did phenomenally with the amount of time they
had to put together the route and figure out the baton passes,”
says Porsche. Google Maps was particularly useful for creating
Porsche’s route. She and her fellow riders rode from Sept. 25 to
Oct. 14, starting in Maine and heading west across the Canadian
border, then down through the Southwest to the Mexican border in
Texas. They crossed the country, occasionally riding through
snowstorms and dropping temperatures. “When you consider the
seasons we were riding through, it was a definite challenge for
organizers to find routes that weren’t closed down.”

While Google Maps could help the riders along their journey, it
couldn’t do anything about inclement weather. “I quit about
four times,” laughs Porsche. “Riding in the cold is not my
favorite thing to do. But it was a positive experience all the way
around; I don’t know that I would ride in the freezing cold
again, but I would do a ride with those women again for sure. I
always say the bonds are built on the ground: You’re going to
love the folks you ride with to death or you won’t be so cool,
and I’m happy to say I love those ladies to death.”

Porsche is vocal about the need for more representation for
women in the motor sports community, and she says that things like
social media visibility and technical tools like Google Hangouts
have helped women who may have felt alone in their shared passion
find each other. This idea is in part what inspired her to found
Black Girls Ride, a
magazine and community originally launched as a place for women of
color who ride, which has since grown to include all women. What
inspired her to launch Black Girls Ride was the lack of
representation she saw when she first started riding—especially
in long-distance riding. Traditionally, women filled support roles
during these cross-country expeditions, taking a literal backseat
to men. In fact, Porsche’s first experience on a bike was sitting
behind a man, on the back of her cousin’s bike. “I didn’t so
much like the feeling of being a passenger…but I loved the
feeling of riding.”

Thanks to women like Porsche and the WRWR riders, the world of
motor sports is changing. “Women have become fearless and bold
enough to take long distance biking trips on their own. We’re
witnessing the explosion of the all-female long distance ride,
where women take it upon themselves to create rides that cater to
them instead of being a subset of an all-male ride. It’s where we
get to take our power back.”

Talking about these rides and seeing women taking them via
social media and internet communities are crucial, says Porsche,
who also mentions using Google Hangouts to connect with riders
across the country. “You’re able to see the growth of female
riders; women taking these long distance trips and riding solo have
always been there—there are women riding today who have been
doing this since the 60s—but social media is now shining a light
on them.”

That increased visibility is part of Porsche’s work with Black
Girls Ride. “I knew from riding in LA that there were more of us
than the community would admit to. There was no representation in
mainstream media, even for women who were riding professionally,
there was very little to nothing,” Porsche says. Now “women all
over the world are connecting to the Black Girls Ride brand. We
have readers in London, Nigeria, France, just about every country
you can name. I’m motivated by these women.” Black Girls Ride
has become more than a publication, hosting trainings, workshops
and events. And while both men and women are included, it’s
Porsche’s focus to make sure women riders are invited to the
table and that they are given the same representation, advertising
and sponsorship opportunities.

Most of all, she just wants women to feel welcome in this world.
“It’s always been my goal to create safe spaces for women to
ask questions and get the help they need without fear of
ridicule,” she says. “And I’m glad I can be a part of
creating that.”

Learn more about the women behind WRWR and how they planned
their relay at
goo.gle/womenriders.

Shaping the future of mobile with Android